Have you believed since you were a kid that foods like Vegemite and Milo would make you big, strong and healthy? The truth might shock you.

Clever marketing and overblown claims on the packaging of many popular Aussie foods have long led us to believe that they’re healthy choices when they’re not. Find out why they’re not the nutritional powerhouses you thought they were and which healthy alternatives to reach for instead.

1. Vegemite
The popular yeast spread might be one of the world’s richest sources of energy-boosting B vitamins, but it’s very high in sodium with 3450mg per 100g.

Healthier alternative: Avocado on toast. Although Kraft made a “children’s version” of the breakfast favourite called My First Vegemite which contains half the amount of sodium (1720mg per 100g), the George Institute for Global Health says this is still 15 times the amount of salt that would classify as a low-salt product.

2. Kellogg’s Nutri-Grain cereal
Touted as the “Iron Man fuel” that is “fuelled by carbs and protein” and “can help provide the fuel for a hard-working training regime” (fuel anyone?!), Nutri-Grain falls short of all its health claims with a very low fibre content and high amounts of sugar and salt.

3. MILO
While the malted barley powder does contain some healthy nutrients such as calcium and iron, it also has a ton of sugar and several types of vegetable oils. Nutritionists recommend that children have no more than 1 cup of flavoured milk each day and classify it as a “sometimes food”.

Healthier alternative: A cup of whole milk. It has all the goodness without the added crap.

What other products would you add to this list? Which alternatives have you chosen for your family? 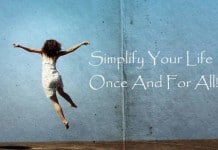 Sanity Saver: 6 Ways to Simplify Your Life Once and For All!

10 Ways To Spice Up Your Sex Life 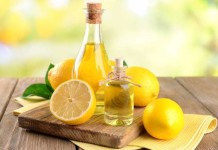 Make Natural Cleaning Products With What You Have in Your Kitchen