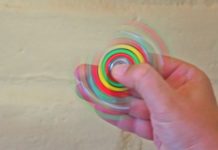 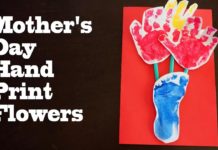 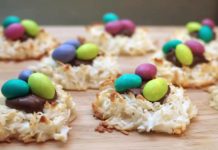 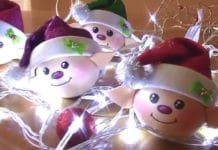 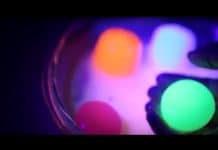 How to make glow in the dark ice cubes!

Mattel recently kicked off their latest Barbie campaign with a brilliant commercial. The video has already been viewed close to 6 million times!

Up to this day many people argued that Barbie’s unrealistic body proportions reinforce unhealthy stereotypes and make her a bad influence on young children. Well, this clever campaign certainly makes me see Barbie in a new light and I love it!

Evelyn Mazzocco, global svp and general manager of Barbie, tells Adweek; the two-minute spot is the beginning of an “ongoing brand evolution that is designed to encourage parents to reappraise the role Barbie can play in [a] child’s life,” “We want to remind the world what Barbie stands for. Founded by a female entrepreneur and mother in 1959, the Barbie brand has always represented the fact that women have choices,” “This ongoing initiative is designed to remind today’s parents that through the power of imagination, Barbie allows girls to explore their limitless potential.”

I personally loved the little girl who takes over the soccer team’s training session and instructs them to “bring the knees up like a unicorn” So adorable!!

The video ends with the statement, “When a girl plays with Barbie she imagines everything she can become. You can be anything.”

I was going through some of the comments and found this one interesting:
“Such a beautiful video well done!! So inspiring to little kids. Now Barbie, Mattel, here’s a suggestion, how about having some Ken dolls for the boys that like Barbies are in work forces that are predominantly female. Like preschool teacher ken, nurse ken, babysitter ken ect. I mean you have Barbies in jobs that are predominantly male jobs to send a message that a female can do this job and its normal why not have that for Ken as well? To show people that females can do anything a male would be thought of doing and visa versa for a male.” This is a great point. Let’s see if Mattel takes it on board.

Don’t forget to watch the video – I’d love to hear your thoughts!